The lockdown has proved to be a busy old time for me despite the lack of live auctions and the cancellation of exhibitions. Firstly, we finally finished upgrading the http://www.travellingartgallery.com website, which is now completely updated for mobile phone use and expanded and improved with new features including the best selling carriage prints, customer reviews, better search facility, slide shows and a special feature page.  Almost 3,000 panels are now visible in this growing image library.

Secondly, my youngest son, James, and I have been busy with editing and producing an hour-long documentary on carriage prints, the artists and the artwork, entitled Travelling Art Galleries. It is presented by myself and Nick Crane, the TV presenter of Coast (the most repeated show on BBC!). Nick is a relative of Freda Marston, the only female carriage print artist and we’ve had fun filming at Boston and Deeping St James in Lincolnshire 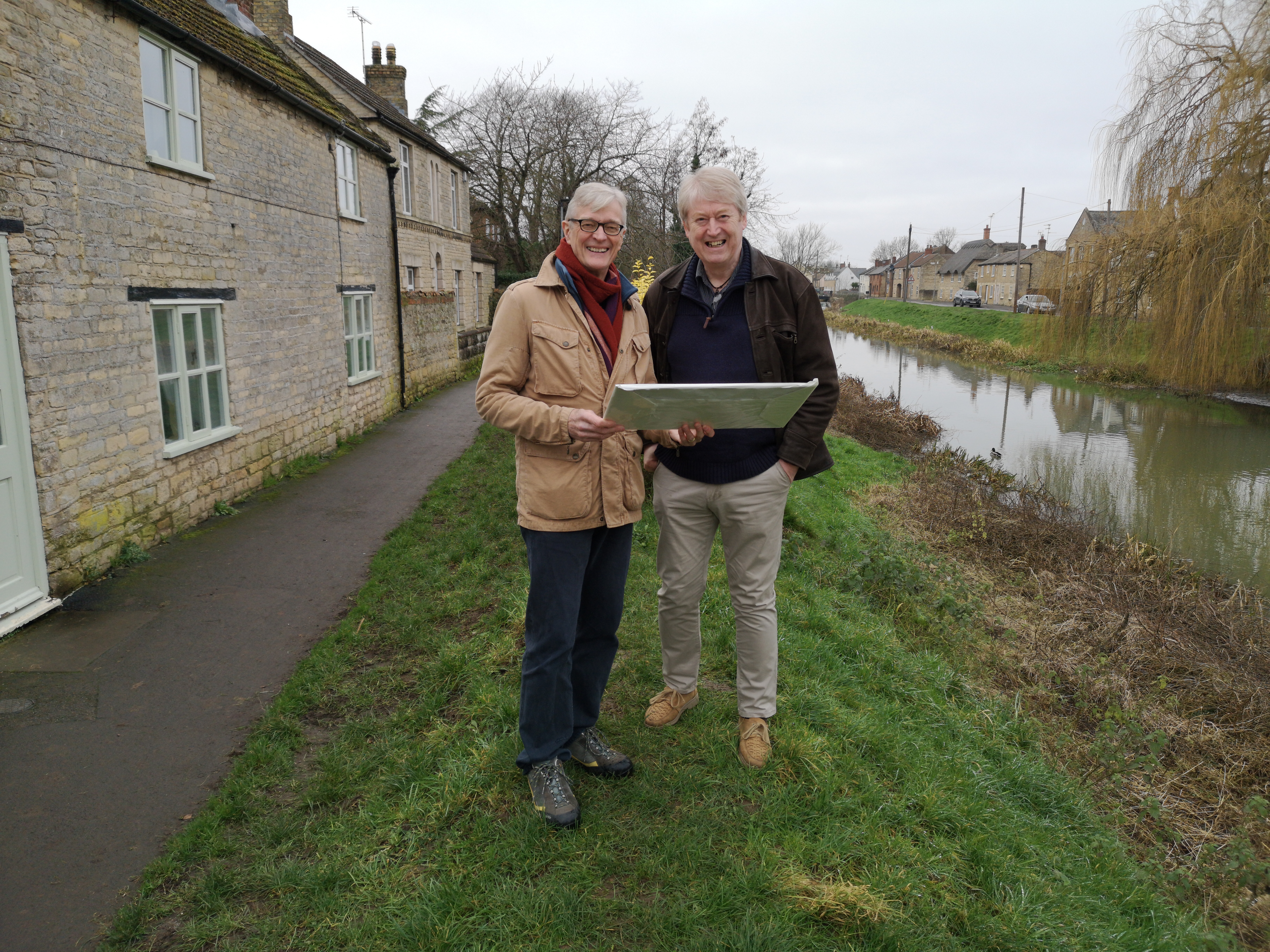 and in a hand-built mock up carriage interior here in Northants! We also shot on the wonderful Llangollen Railway, where Paul Bailey was immensely helpful in letting us use his ex BR suburban Mk1 stock for some of the filming. The video has taken two years to write and film, including drone shots at several locations, but should be worth all the effort and will hopefully generate interest in the railway art genre. By the grace of God, we finished filming the week before the lockdown started in March! The editing takes a long time (especially if there’s only two involved) so the covid restrictions gave us a useful period to work on this aspect of production. I’ll keep you updated when it’s finished and we have found a distributor.

Whilst visiting Nick, who was isolating in Norfolk, I thought I’d have a ride round and find a similar looking location to the LNER Norfolk Broads print by Frank Mason. I say ‘similar looking’ because I and others had never been able to trace the exact location of the 1947 print. We assumed the windmill shown in the picture had either been demolished since then, or that the image was a hybrid of different archetypal Broads scenes to give an overall impression – hence the vague title. I scanned the map at home and saw that the nearest mill to my destination was Thurne Mill, so I had a quick look at Google Earth on my PC at home. The view of the mill from the road didn’t look promising as a possible location but as it wasn’t too far away from where I was going, I drove there and walked from the road along the public footpath along the river. The weather was glorious. The closer I got the more it began to dawn on me that this was the location of the print. I was amazed! Even the renovated windmill sails were facing the same direction as those in the print and a sailing boat was passing by. Two ladies were painting the scene from nearby where Frank Mason sat many years beforehand! One more location ticked off and photographed.

A quick review of carriage print in auction over the last few years has born out my suspicion that prices, on average, have risen overall by a fair margin after decreasing for a number of years. The more common prints continue to struggle, which is hardly surprising, but middle of the range prints have risen in price. This is largely due to new collectors coming into the market. Rare prints have held their value and even increased slightly. Entrance to Portsmouth Harbour (Donald Maxwell) £900 +BP – GWRA July 2020; Marlow (Claude Buckle) £700 +BP – GWRA March 2020, Mousehole (Jack Merriott) £600 +BP – GWRA March 2020 are good examples.

We’ve certainly missed seeing many of you at the auctions and hope this will change soon, although at the present time this seems very unlikely.

Praying you all keep safe,